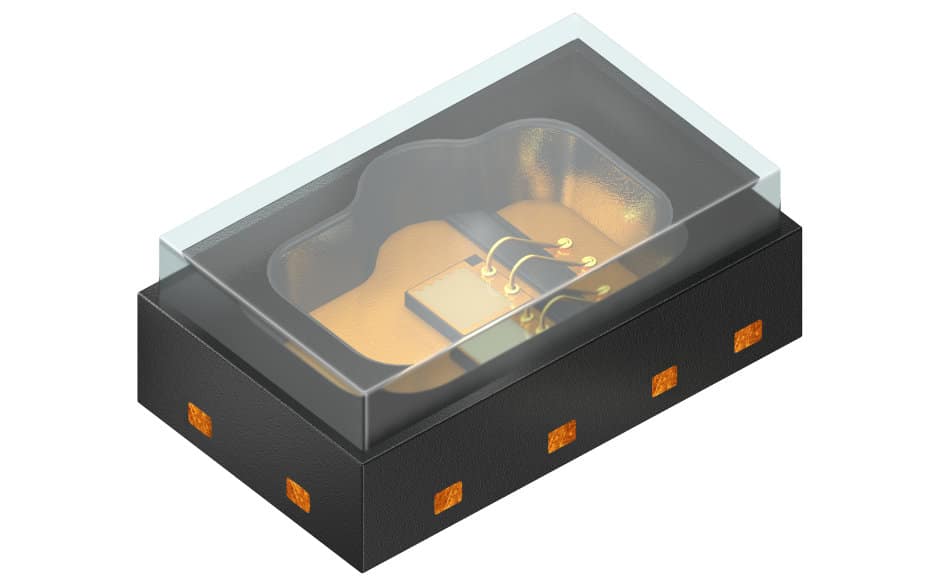 VCSEL laser diodes are a semiconductor “vertical cavity surface emitting laser” diode that emits light in a cylindrical beam vertically from the surface of a fabricated wafer and offers significant advantages when compared to the edge-emitting lasers currently used in the majority of fiber optic communications devices.

There are two special semiconductor materials sandwiching an active layer where all the action takes place. But rather than reflective ends, in a VCSEL there are several layers of partially reflective mirrors above and below the active layer. Layers of semiconductors with differing compositions create these mirrors, and each mirror reflects an arrow range of wavelengths back in to the cavity in order to cause light emission at just one wavelength.

VCSEL laser diodes offer no speckle, banding, or other artifacts compared to edge-emitting laser diodes and are the perfect choice for illumination applications and a variety of different needs.

The LiDAR (Light Detection And Ranging) instrument fires rapid pulses of laser light at a surface, some at up to 150,000 pulses per second. A sensor on the instrument measures the amount of time it takes for each pulse to bounce back. Light moves at a constant and known speed so the LiDAR instrument can calculate the distance between itself and the target with high accuracy. By repeating this in quick succession the insturment builds up a complex ‘map’ of the surface it is measuring. With airborne LiDAR other data must be collected to ensure accuracy. As the sensor is moving height, location and orientation of the instrument must be included to determine the position of the laser pulse at the time of sending and the time of return. This extra information is crucial to the data’s integrity. With ground based LiDAR a single GPS location can be added for each location where the instrument is set up.

Most of today’s LiDAR technologies are MEMS or rotating mirror based. These technologies include many moving parts, they are expensive to produce and have high failure rates. It’s also important to note that many LiDAR systems must operate in less than ideal climates and high-vibration environments. The right 940-nm VCSEL modular laser technology is designed to operate at the automotive AEC-Q100 Grade 1 temperature ranges from -40°C to +125°C. This technology has been deployed in the telecommunications arena for more than two decades, with very high reliability. In addition, these new VCSELs have been tested for millions of hours of equivalent operation at the power levels for long range LiDAR.